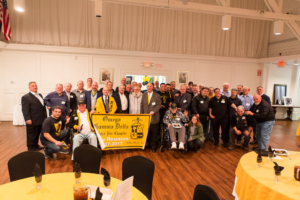 With over 50 Brothers in attendance the Alpha Psi Chapter (Valley Stream Central HS)  80th Anniversary Reunion  was a rousing success. Brothers from near and far celebrated the occasion at the Bergin Point Country Club on April 8th. Congratulations to Brother Jerry Lange and his committee members for a job well done. 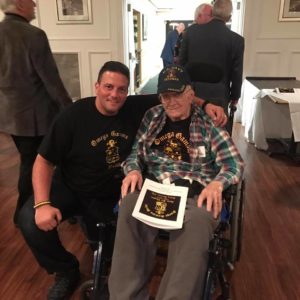 Seen here with Brother Dave Herman, class of ’93 is Brother Jack Mahoney, class of ’42.  Brother Mahoney flew for the Army Air Corp in WWII, was the chief pilot for Pan Am after the war and was the last guy to land a helicopter on the roof of the old Pan Am building across the street from Grand Central Station. He flew POTUS’s and dignitaries from all over the world.