The Spirit of Omega 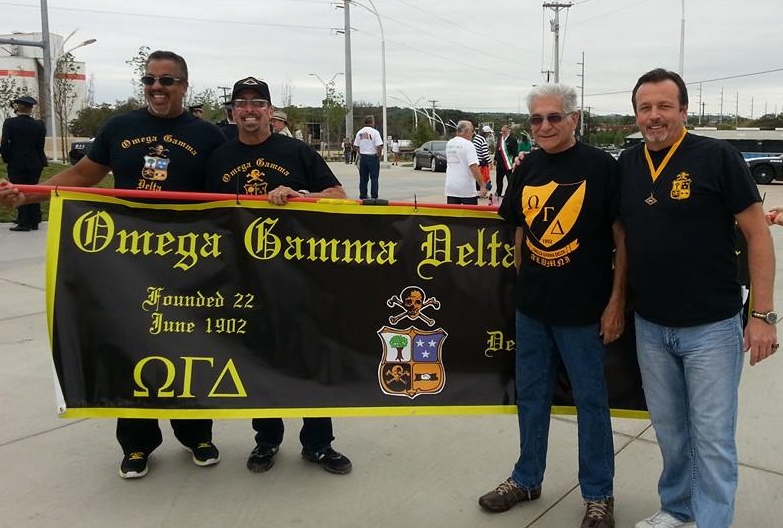 Our Delta Beta Chapter marched in the Columbus Day Parade in Dallas in October. In an effort to get our name out there the Brothers raised our banner high and marched proudly. When out of the blue came a 75 year old man with a big smile on his face and his arm outstretched enthusiastically reaching to give someone the grip. That man was Brother Phil Popick. Brother Phil was initiated into Beta Gamma Chapter in 1954. A stand out on campus, Brother Phil was Vice President of the Student Body and Captain of the Football Team. Quickly Brother Frank Dixon ran to his car and then presented Phil with an Omega T-shirt – which he immediately put on.